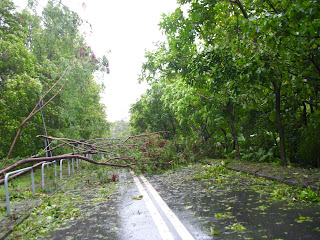 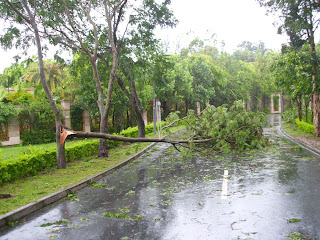 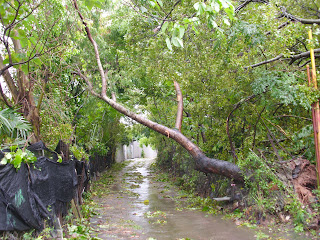 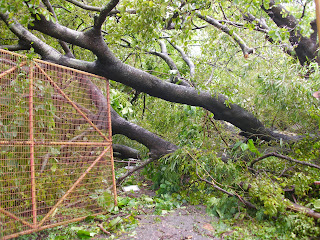 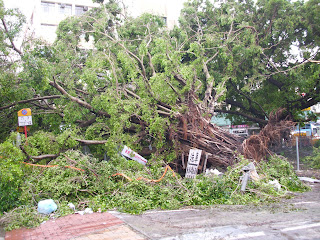 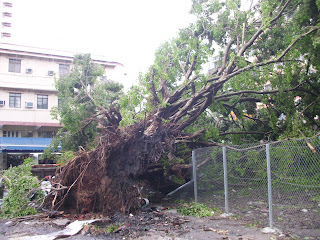 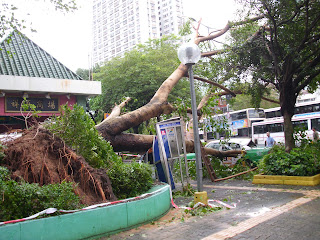 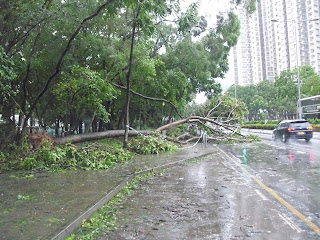 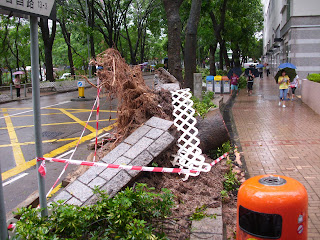 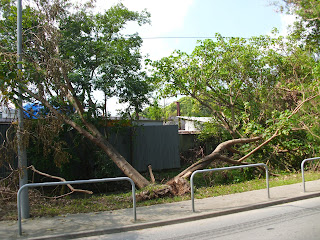 *** Our weekly Station Mail is for the information of Station Members only, but Station Mail has given up copyright & can be freely circulated. For administrative reasons, comments from outsiders are usually not entertained & may be circulated within our system locally & overseas. Anyone can join ISA HK/China by providing their full name, age, organization, position, highest education, email & mobile no. to egc@netvigator.com  . Joining is free & withdrawal is at an email notice. Station Membership is never publicly disclosed. Please note that Station Mail is sometimes given in Blog at http://isahkchina.blogspot.com  , although images are usually not attached due to size. All our information is for reference without liabilities. ***

Typhoon Vicente skimmed passed HK at early morning of July 24, 2012 at about 130 km southwest (http://www.weather.gov.hk/wxinfo/currwx/tc_pos_1210.htm ). The widespread destruction it has done to the urban tree planting is seen to be unprecedented in the memory of the Station Manager (SM), ever since he came back to live in HK in 1984. From the photos sent in by Station Members, the urban trees in HK seemed to have been bombed. Fallen trees & broken branches were everywhere. Roads were obstructed by them for days. Properties were damaged & the traffic was slowed down because of the failed trees. Public discontent was high, & the media have attacked for days on the event.

One media reported on 26.7.2012 that more than 2,000 cases of tree failures were reported to the authorities (see attached), with some 7,000 trees fallen or broken. More information of this can be viewed at the following links in Chinese :

The last No. 10 signal typhoon to hit HK was in September 1999. Unlike Vicente, the Typhoon York hit HK directly on the front. However, from the media report in the above links, there were only 282 cases of tree failures reported to the authorities. No "Tree Risk Assessment" (TRA) or "Risk Mitigation Measure" was carried out at that time. HK has begun TRA for more than 3 years since 2009, & many trees should have their "risks" removed or reduced. Then why does HK have more tree failures (nearly 7 times!) after TRA now, than before without in 1999? The SM has been asked this question by the media, & could not answer.

If the tree failures of Vicente are to be entirely blamed as an "Act of God", then the media has discovered that some fallen trees did not have their rootball wrapping removed during planting, large trees were planted in small planters, & a lot of the broken branches belong to the "brittle species" with weak wood in the design. Then can all these be called an "Act of God" ? The SM could not answer any of these questions again, & told the media to seek them from the authorities instead.

Now Vicente has passed & it may not the end of the nightmare. Many failed trees were "topped" away to allow traffic through. Many leaning trees were not erected immediately. Broken branches at the tip of the canopy have been left untouched which can lead to decay. Some trees may have their internal fibers torn out by wind but are still standing without external symptom displayed. Other trees may have their roots torn in part, but not failing for the moment. If these structural defects are not picked out & corrected immediately, the damaged trees would simply turn into Time Bombs to cause more "Act of God" in future. Yet some of the hidden defects would need expert eyes to identify, & the work would take time & cost to complete. Does HK have the resources?

In the past few days, the SM has seen tree clearance work started by the contractors. He has not yet seen one case of an Arborist supervising the work (90+% of the Arborists in HK are our Station Members), but rather, he has seen mostly construction workers & common gardeners operating chainsaws to top & cut without adequate PPE. Does it mean that the correction work will be done again in future by Arborists to rectify the defects? If a tree is topped, can we still "structurally prune" ?

Urban trees in HK may never be the same again after this Typhoon Vicente. Maybe we need to think of why for the next time.

Would HK now place Arborists to be in charge of tree planting from design, installation, inspection to protection, or let Mother Nature make the Rules yet again in future?


Posted by China Arborist Association at 1:40 AM 3 comments: