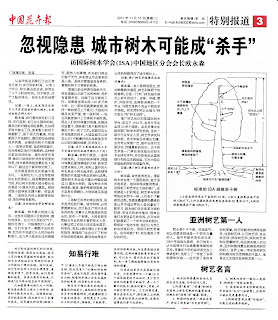 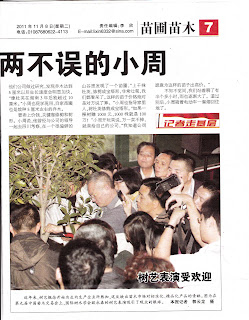 Attached is the latest report on an interview of the Station Manager (SM) on Tree Risk Management & ISA with the largest Green Newspaper in China called the China Gardening News (CGN). CGN has at least 20 million readers in China in landscaping alone, as well as in nursery production, wholesale & academic research. It is read by every Landscape Bureau in China, & can be regarded as what the west would call a "Party Newspaper". The SM has been contributing articles to CGN since 1994 on cold hardy palms & on ISA lately, & has an excellent relationship with them.

For those who don't read Chinese to understand the contents of the attachment in Mandarin, one way is to show it to a local Chinese restaurant for a casual translation. The name of the SM is "Au Wing Sum" in Cantonese, & "Our Yung Sen" in Mandarin.

Although the discussion was supposed to be on Tree Risk Management, the reporter has candidly brought on the many aspects of Tree Care in China. Such issues include the lack of knowledge for modern arboriculture, the refusal of the academics to accept international practices, & the attitudes of the municipal leaders to go after "instant effect" with mature trees in tree planting. The report was written in such a way unusual to the "united front" of most Party Newspapers. It has surfaced sensitive issues which may invite attacks.

The SM has already been actively involved with building the arboricultural profession in China for about 2 years already. From what the SM has seen, forcing what has been practiced in the western world into China strongly, would simply meet heavy resistance. This is because of the existing conditions from design, production, & supervision would not support contemporary ideas. In China, the word "harmony" ranks above all. Causing disturbance in the green industry in general, because of something recognized elsewhere & is said to be good, is not a valid reason enough to push an overall change. It has to be done in a smarter way to comply with realities.

Therefore, the SM has been proposing some kind of a National Arborist Association (NAA) for China, similar to those abroad. The Chinese experts would run it, with us giving advices on it. ISA would be the model for construction, & this NAA would build the industry under the consideration of their existing resources. NAA would produce their own credentials, with ISA credentials to be their ultimate goal.

There are very few Station Members of ISA HK/China who can communicate enough to deliver seminars & technical advice in Mandarin for China. A lot think they do, but would fall apart during a confrontation. The Chinese are pragmatic to see our experts to be well versed in not just the theory, but the actual practices of arboriculture such as tree climbing, chainsaw uses, presentations & report writing. Someone who talks all day but not be able to do it on site, would not be respected by them, because they have too many "experts" of this kind in China already. For our overseas experts to go into China, the language will be a huge barrier, as less than 0.5% of the China landscapers can speak understandable English. Translating technical practices will be a nightmare.

China now wants to move forward to meet the world in arboriculture. This complies with the ISA Mission. We need to help their 1.3 billion population & countless billions of trees in their 900 cities. Yet there is not even one single Certified Arborist in China at this moment. The opportunities there will be immense.

May the world help China to bring them into ISA, as they are already willing to accept us.


Posted by China Arborist Association at 12:28 AM No comments: 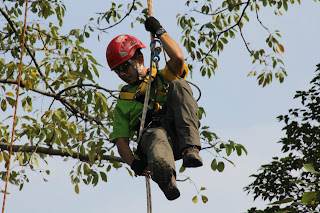 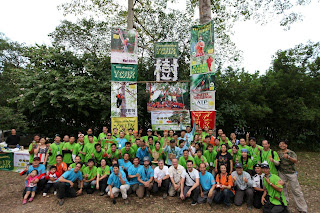 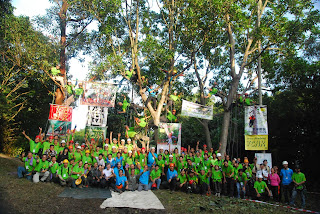 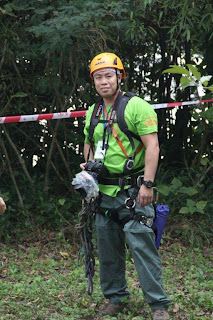 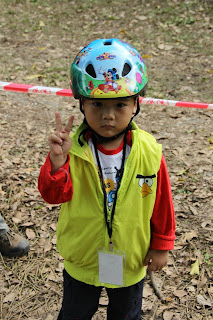 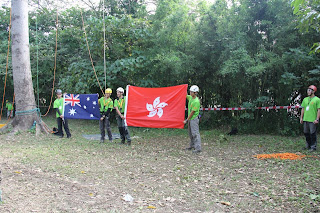 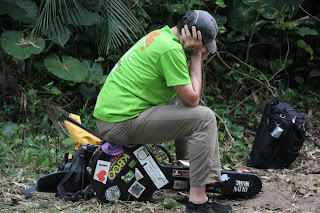 Despite persistent rain & a sudden change of venue, the HK Tree Climbing Competition (HKTCC) has been successfully held on Nov 19 - 20, 2011 in Sheung Shui, Hong Kong. Mr. James Skiera, Executive Director of ISA, was kindly staying with the event full time for two days, & was impressed by the dedication & efficiency of the organizers & participants to successfully manage it.

Tree Climbers from the US, Australia & Singapore were joining the event. Some of the most candid moments of the HKTCC have been captured in the photos attached for public enjoyment. A photography contest was also held by a professional group to take the actions up & down the canopy. The competition ground has been jam packed with visitors from time to time, to witness the success of the event.

All the competitions were held to the rules of the International Tree Climbing Championship (ITCC), & this was the first time tree climbing in HK ran with such rules. The winners of the Master Challenge & other events have the right to represent HK to participate in the Asia Pacific Tree Climbing Championship (APTCC), & in the ITCC. The HKTCC is a qualifying event to select Tree Climbers from HK to enter international competition. To be in it, is the first step to meet the world.

Tree Climbing is an environmental friendly sport, healthy to the body & mind, & builds conservation concept by action. It is safe for recreational purpose under trained hands, & it opens up a career to young people who prefers strenuous adventure aloft, while contributing to the society.


Posted by China Arborist Association at 1:45 AM 7 comments: