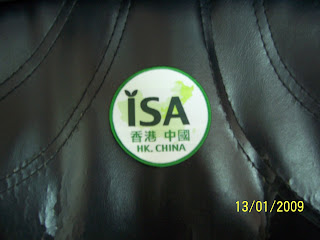 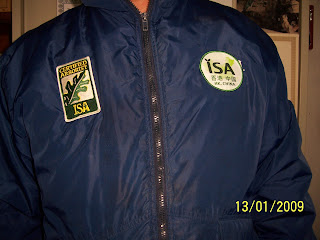 ISA HK/China is pleased to inform you that we have now prepared 200 no. of woven Station Label for costume attachment to identify ourselves during functions & events in our territory of HK, Macau, Taiwan & China. Pictures of the labels are attached for your examination.

The label has the background of our territory (HK, Macau, Taiwan & China) with the words ISA sprouting as it is over our territory. The words HK & China are given in Chinese & English to show that we are bilingual & international.

Please note the honour of this excellent design goes to the splendid Bimbo Design for which we have already lost contact. If anyone would know Bimbo Design anywhere anytime, please kindly give them a big 'Thank You' for what they have done for us for free to be remembered by the 1.3 billion population in China & the international ISA community in future to come.

Please kindly note that we have only ordered 200 no. of label to be manufactured this time, & it will be distributed on a first come first served basis. The cost will be HK$(or RMB)10 per label & anyone is rationed to buy a maximum of 5 labels each time for sharing.

Anyone wanting to buy the label please kindly send a return envelop with HK$3 postage pasted on it, & with return address clearly printed on, to the following address :

Payment can be made by cash (at your own risk) or by cheque made payable to 'ISA HK/China' for the correct amount at HK$(or RMB)10 per label. Please kindly note that no delivery will be made if payment is not correct or return envelope with postage not provided. Any delivery by return post is at the risk of the purchaser over the HK mailing system.

ISA HK/China now has +730 Station Members from all walks of life in HK, Macau, Taiwan & China. We are currently the largest Arbor Group on our territory & are quietly influential. ISA HK/China expects our Station Members & our IPA, CA & CTW to wear our Station Label in local & overseas ISA functions to demonstrate our identity & unity. On the other hand, the label belongs to a fashionable design with special meaning in it. Why not wear one?

"Trees are good for the community. Trees need care like human beings. Arborists are the Tree Care Professionals."
Posted by China Arborist Association at 1:58 AM 5 comments:

ISA HK/China --- Structural Pruning at a famous School in Kowloon 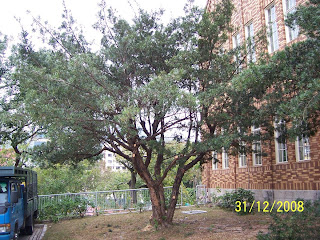 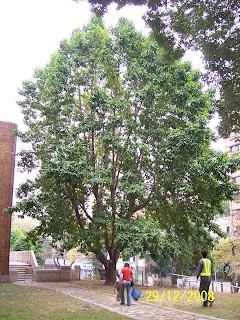 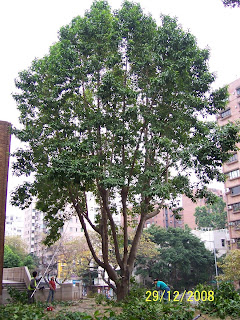 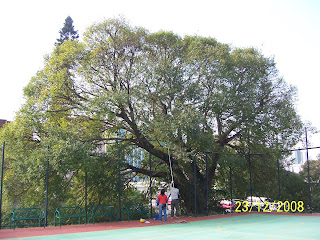 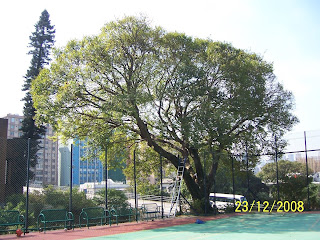 The Station Manager (SM) was called upon by a famous school somewhere in Kowloon to carry out Pruning Supervision at Christmas period in 2008. This is a report on the process & methodology of how this interesting work has been carried out.

Without the permission of the school, their identity can not be mentioned. One thing we can say for sure is that many prominent politicians & officials in HK did graduate from this excellent school & the building itself there is classified as Historical Relic by the HKSAR Govt. Therefore it has been a great honour for the SM to practise ISA Arboriculture in this school.

The SM himself was actually referred by a CA Family (CAF) Member to discuss the work with the school with cordial thanks to this CAF Member who has always been a great help. The initial contact has been full of scepticism since ISA Arboriculture is still relatively unknown to our territory. Previous pruning work in this school was done by common gardeners with Topping as the main theme. Decay & structural imbalance have happened with many topped branches which has become major headache for the correction.

Upon several rounds of explanation by the SM, the school administration has given total faith in the SM to organize the Corrective Pruning for the + 50 trees in the school compound. A proper Tree Inspection was first carried our to assess the condition of the trees before any decision was recommended. Approx. 20 no. of the trees would require removal since they were beyond repair. The SM has advised the school to employ an ISA Certified Tree Worker (CTW) instead of ordinary gardeners since it would waste both time & effort to explain to laymen on how to do qualified work. The school has accepted this concept & invited in a CTW to work under the supervision of the SM who would act as an Independent Practicing Arborist (IPA) (http://isahkchina.blogspot.com/2008/08/isa-hkchina-independent-practicing.html) to carry out the work. The IPA was expected to organize, supervise & instruct the CTW to follow his judgment, & was expected to climb alongside the CTW to operate chainsaws if needed to help with the pruning.

At the start of the work, the CTW has great reluctance for the IPA to tell him what to do, & would think he was qualified enough to do the work himself. However, the CTW soon found out that being trapped in the canopy, he would have great difficulties to judge tree parts to be pruned or removed at the other side of the crown, since his vision & overall judgment would be blocked or blurred by the tree configuration in between. He has soon found that with the IPA on the ground to assist him to find the quickest & most efficient route to start the pruning from one side of the tree to another, a great energy saving & efficient process. The work efficiency has improved from only 2 trees in a day in the beginning, to 6 trees in a day upon the CTW willing to cooperate with the IPA. The total pruning for 30 mature trees were completed in just 6 days.

The school was very pleased for the work of the IPA & the CTW upon completion, since they have seen their trees properly trimmed without major disfiguration. The trees have also become structurally sound for the time being & the school was advised to carry out regular inspection every 6 months to ensure safety & health of their valuable trees in future.

The pictures of some of the trees before & after pruning are attached for general reference. We feel this is a good example of how Structural Pruning can be done in our territory with good result at a budget affordable to the client. We wish the rest of our territory can follow the same to help our many mature trees.

As has been observed over the years in HK & China, a lot of mature trees actually failed after pruning instead of before. It would be to do with the pruning method & knowledge of the practitioners doing it. IPA is indeed the guy to design & supervise the work for proper pruning, & the CTW should be the operator up the trees to carry out the work.

If HK & China can follow this direction & train more IPA & CTW, maybe our trees can be pruned safer & healthier. The number for our future tree failure may also be reduced.

"Trees are good for the community. Trees need care like human beings. Arborists are the Tree Care Professionals."
Posted by China Arborist Association at 11:03 PM 1 comment: